~ The Hollywood Story of Dorothy Arzner ~ 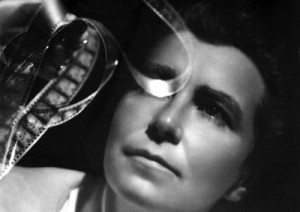 In development, Marilyn Freeman’s feature film SOPHISTICATED is the long overlooked account of dashing film director DOROTHY ARZNER—her unlikely rise through the 1920s/30s Hollywood studio system and her enduring but tumultuous romance with choreographer, MARION MORGAN… and her trysts with starlets along the way.

Juxtaposing old-time glossy Hollywood with its furtive gay underground, SOPHISTICATED escalates with Arzner’s notorious personal life and her astounding career—from a volunteer ambulance driver, to her first film studio job as a typist who can not type, to a script girl who provides much more than continuity, to an ingenious editor who moonlights as a writer and manages to claim her place on set with megaphone in hand calling the shots as a handsome young director.

Credited with directing 16 features, mostly box office hits, Arzner was exceptionally accomplished in spite of the odds and remarkably forgotten in Hollywood history – until now

SOPHISTICATED conjures the colorful, well-drawn characters and rhythms of a droll 1930’s comedy in a mix of modern sensibilities and resonant themes. We follow Dorothy’s escapades at gay underground clubs, cross-dressing and gender-bending, her dalliances with rising stars,  industry scandals, inner circle trysts, always orbiting back to her big and complicated love, Marion Morgan.

Arzner pioneered aspects of film making that remain industry conventions. She innovated the use of stock footage in film editing. She directed Paramount Pictures first talkie and in the process invented the boom-mic. To this day, Arzner has directed more Hollywood feature films than any other woman in the studio system. She made stars of Katharine Hepburn, Lucille Ball, Joan Crawford, Rosalind Russell, and many others while she, herself, has remained all but unknown.

SOPHISTICATED puts the long overdue spotlight on this groundbreaking icon — as personally intriguing as she is historically important — the late, great Dorothy Arzner.